There are a great variety of membership classifications at Ulen Country Club. These include senior, junior, single and family golf memberships as well as social memberships for various age groups and corporate memberships.

For a personal tour or to learn more about a membership at Ulen Country Club, please contact our Club Manager, Curtis Wood at cwood@ulencc.com or call (765) 482-5310 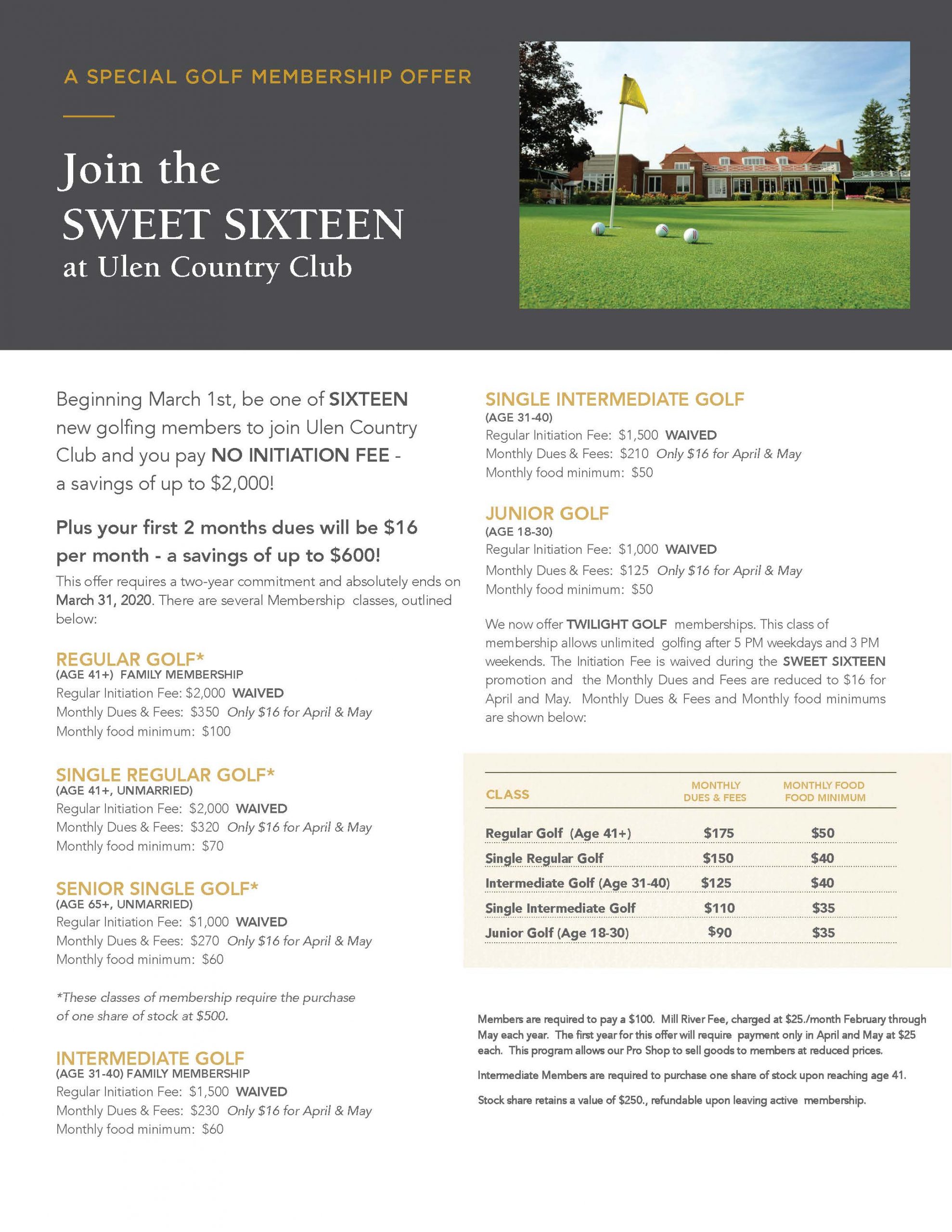 A Brief History Of The Course

Ulen Country Club is an 18 hole private facility, originally conceived in 1924. Mr. William H. “Bill” Diddel of Indianapolis was hired as the course architect on February 22, 1923 and was responsible for the original layout, which remains mainly intact today.

Ulen CC is proud of its “claim to fame” as the first Bill Diddel designed facility as Mr. Diddel went on to design other well known area courses such as Meridian Hills, Highland and Hillcrest golf courses in Indianpolis as well as dozens of golf courses around Indiana.